An athlete is one of the last things I would consider myself. I have been in sports, but never really found it fun. Exercise was nothing I ever thought could be anything other than a dreadful task you had to complete to stay in shape. It was always just another thing that needed to be checked off the “to-do list.” So most of the time it would go unchecked. Soon it became something that wasn’t even on the list. I had gotten to the point where I didn’t even consider working out or running or doing anything slightly physical. I started to make excuses for not doing things people would ask me to do and I missed out on so much.

I woke up one day and decided that that person was not the person I wanted to be. Julie was the one who really helped me change. I started out seeing her one day a week then increased to two or three days. For about the first two months I would be sore after every workout. By sore I don’t mean oh my legs are a little stiff. NO I remember walking up the stairs and barely being able to the top of the stairs because I was so dang sore. It was a feeling of discomfort yet was also one of the most comforting, accomplishing feelings. I knew that after a workout I had pushed myself and that to me is never a waste. Also, during those first 2 months, I didn’t lose any weight. At this point, Julie put together a 2 week eating plan that helped me focus on what exactly I should be fueling my body with. Then the weight came off. Within 6 months I was down 50 pounds. The last 15 pounds was tough. But while losing that, I took off 13 inches between my chest, biceps, waist, hips and thighs. I wish I would have measured on day 1 to know total inches lost.

While weight loss is great, I also find that I am in much better shape now. At the best shape I had ever been in, I could maybe run 2 miles. When I started with DF, I could only run for 2 minutes. Julie started me out on this running plan that had me begin with running for a minute straight like 6ish times. To my amazement it was harder than I ever thought running could be. I mean ONE stinkin’ minute seems like nothing, yet it seemed impossible then. It took me a really long time to even tolerate running again, but it was always something that has given me a sense of accomplishment and that is one of the best feelings. I remember vividly when I was able to run for 20 minutes straight again and it was so rewarding. I then started making goals for myself almost every time I went out to run. One of my biggest goals was being able to run an 8-minute mile. After about a year and a half of working out with Julie I have been able to do it. I can also confidently say I can run for 6 miles straight and that was more than I could’ve imagined running. Running has always been hard for me and always will be. For me it’s more of a mental workout than physical. Yes, I do get sore from running, but while I’m running I have to constantly talk myself into continuing. That is where Julie plays a really important role in making me better. She talks to me about all sorts of things and it keeps my mind off the actual run. I have learned to become a healthier person mentally, and physically because of the knowledge and support Julie has given me and I am so incredibly thankful for her!! I would not have been able to accomplish any of it without her by my side. 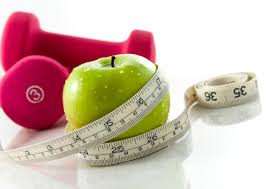