I’ve always been a dabbler when it comes to exercise and sports. In my youth, I’d try one summer of soccer, a winter of basketball, a few years of swimming and then cheerleading in high school; but I’ve only had one real form of exercise that I enjoy doing and like to think that I’m good at: dancing. And performing. I took several years of dance lessons when I was very young, and then I stopped to try out gymnastics (which only lasted two months because I was discouraged.) I got back into dancing when I realized in middle and high school that musical theatre was a cool thing (to me. I’m a nerd.) I loved singing and performing, and dancing came back naturally to me. I began performing regularly at the Duluth Playhouse and other area theaters in the summer of 2004, right after my freshman year at Denfeld. After high school, I earned a degree from UMD in Theatre Arts with a minor in Dance, taking classes that challenged my natural instincts and got me out of my comfort zone. I fell back in love with tap dancing, and modern dance was a way to release all the emotions that came with college stress and becoming an adult. Even ballet was fun, because I had a great teacher that made it easy to learn and get the difficult positions into my body. I continued performing at the Playhouse through and after college, and a year after I graduated, A Chorus Line was the hardest show of my life and it pushed me into the best shape I had been in. I never really had a good workout plan, though, even after taking a Wellness class at UMD and having a personal trainer for a semester.

I’ve worked at the DECC for 8 years already, and almost 3 years ago I began a new position, just after the DECC Wellness Program got started. I was pushed onto the committee, and I dabbled in a few of the classes, trying to build up my strength and endurance. I could easily stick with the yoga class offered, as it calmed me and assisted in my flexibility training, but cardio has never come easy for me. Julie was understanding when I needed to sit down or get an extra drink of water, or if I just couldn’t continue with the class because I was feeling too faint.

Over the summer of 2014, I wasn’t doing any theatre and spent a lot of time sitting at my desk at work and then sitting at home in front of the TV knitting or snacking. My boyfriend and I also had to unexpectedly move out of our cozy perfect apartment after it was struck by lightning, flooded, and endured a fire within a two week span. We spent a month living in a hotel where the free breakfast was phenomenal and the mall and all of the fast food offerings were close by. I didn’t step foot into the hotel exercise room, and the only times I went to the pool were to relax in the hot tub or goof off in the pool with family or friends. Fitness and a healthy diet went out the window for several months, and at the end of 2014 I had gained over 25 pounds from all the stress and inactivity. I performed in White Christmas last winter and was disheartened by the fact that my costume measurements were much higher than they had ever been. A serious ankle sprain also got in the way of maintaining my fitness level, and after the show closed I spent a couple months sitting on the couch again “recovering” from the injury. Sprains are a bad habit in my life, and they never fully heal; this one sure didn’t because I had to keep dancing on it for a month. I wore a boot everywhere except for when I was on stage.

In early 2015, I had reached a breaking point because the scale tipped over 150 pounds for the first time in my life. I couldn’t believe that I had let myself go that much. I felt like Regina on Mean Girls when she stated, “Sweatpants are all that fit me right now.” I decided it was time to kick into gear, and I bought a Fitbit to monitor my activity, heart rate, sleep pattern, and overall health. I began taking more classes with Julie, learning the ropes of the TRX and getting back into the more vigorous classes. She was very easy to work with around whatever previous sprain was flaring up that day, and always willing to step in if I was doing something incorrectly. I also started taking additional dance classes offered through the Playhouse, one of which was an intense cardio-heavy mix of Zumba-style dancing and kickboxing. These helped to build my endurance so I could last through an entire Total Body Conditioning step class with Julie. I could see results starting in early spring when clothes began to fit better and I noticed shape coming back to my waistline and rear. I became obsessed with feeling the satisfactory buzzing on my wrist that notified my completion of my 10,000 step goal for the day. It was fun to use my Fitbit in class with Julie and let her know how many steps we did in that hour and how my heart handled the exercise that day. A high point in my weight loss has been, once again, in performance. During costume measurements for Mary Poppins, the costume ladies marveled at the drastic difference in my waist and hip measurements from the last time they measured me for White Christmas just a year ago. One of the skirts I wear in the show had to be taken in 3 times because I kept losing weight and it was too loose to wear. It also felt great to go on vacation in November and wear a bikini on the beach in Mexico without feeling self-conscious about my weight. I’m still battling several injuries that keep popping up, so it has been difficult to attend class regularly without hesitation, but I’m going to just start pushing myself no matter how awful I feel or exhausted I am, because the feeling after completing a class is just too good to miss. That’s what the new year is for, right? 2015 has been great for losing the weight from 2014; now, I’d like to work with Julie to tone up the problem areas (core, butt, and thighs) and maaaayyyybe get into running. We’ll see where 2016 takes me J 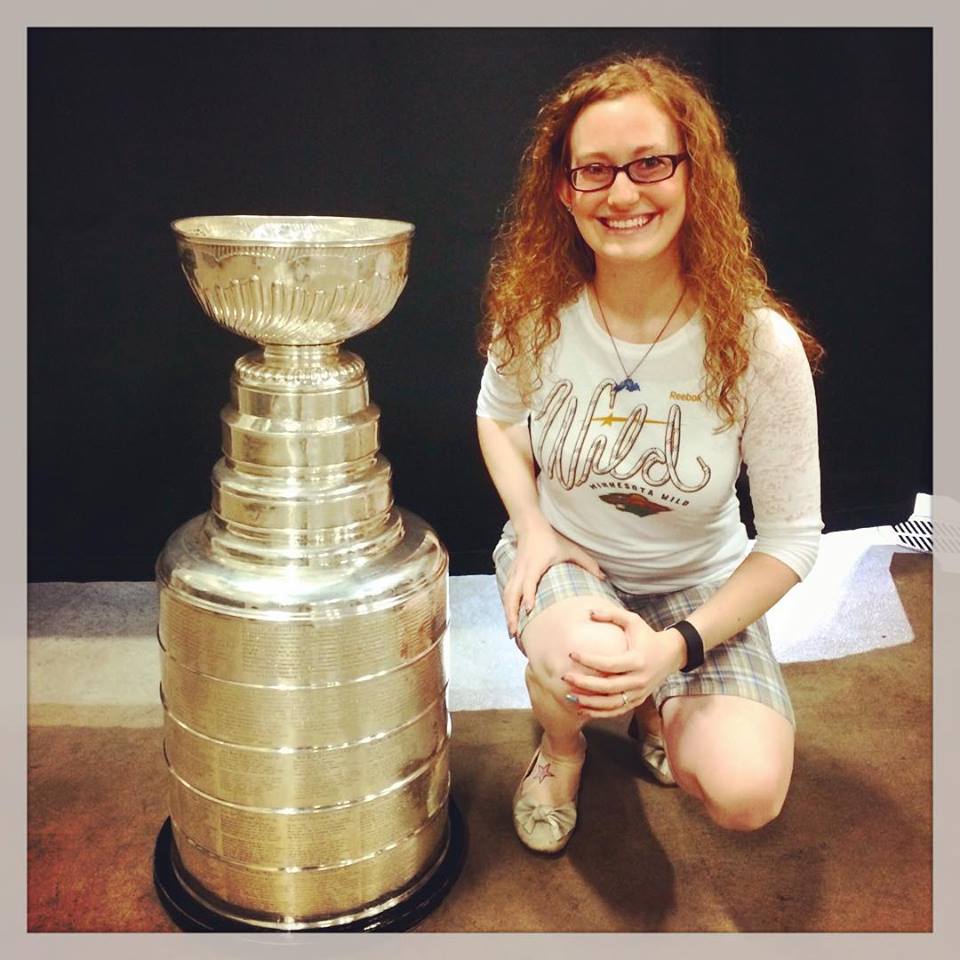