Growing up I always considered myself to be athletic and in pretty good shape. I participated in many different organized sports from grade school through high school. After high school, I attended college and participated in intramural sports and tried to stay active. The college lifestyle inevitably lead to me gaining the dreaded “freshmen fifteen,” plus some. After graduation I tried to get into a workout schedule. I would set it up but could never stick to it for more than a couple of weeks. I wanted to be fit; but, I could not find a way to dedicate myself to it. I just settled on how I looked.

When I met my fiancé, I became more active. We walked, hiked and played softball. As it turned out, that wasn’t enough for her. She liked to run. I hated distance running. I would sprint for sports but that was it. When she took me on her “short” three mile run, I thought she was trying to kill me. I was stopping every half a block to try and catch my breath. I was not in good shape anymore.

My fiancé and I moved to Duluth a year and a half ago after she accepted a new job. When we moved, we made a promise to ourselves that we would start working out, running and making more healthy choices. Fortunately for us, her new employer offered a fitness program. This program is where I was introduced to Mike and Julie at Destination Fitness.

The first class I took was Mike’s HIIT (high intensity interval training) class. I went into the class thinking that it wouldn’t be too hard, but I was wrong. I struggled. The first couple times I took the class I had to sit out the last fifteen minutes of a one hour class. Mike was always very supportive and made sure I kept pushing but not over doing it. After a few weeks, I was able to actually complete the class without stopping.

I was feeling good about the classes so I told my fiancé that I would run with her. I struggled with that too. I didn’t remember one mile being so hard. I had to force myself to run. Soon after I started running, I met with Mike to discuss a training program for a 5k. I figured if I had a reason to run it would make it easier. He convinced me to run a 10k. He really believed I could do it even when I did not. He set up a training program for me. He always stayed up to date on how it was going and how I was feeling. He even met me at a local running store to help me pick out the right pair of shoes.

When race day came I was nervous. Thanks to the training program, the race was a success. I completed it very close to my goal time and I never stopped to take a break. The success of the 10K gave me the confidence to sign up for my first half marathon next June. 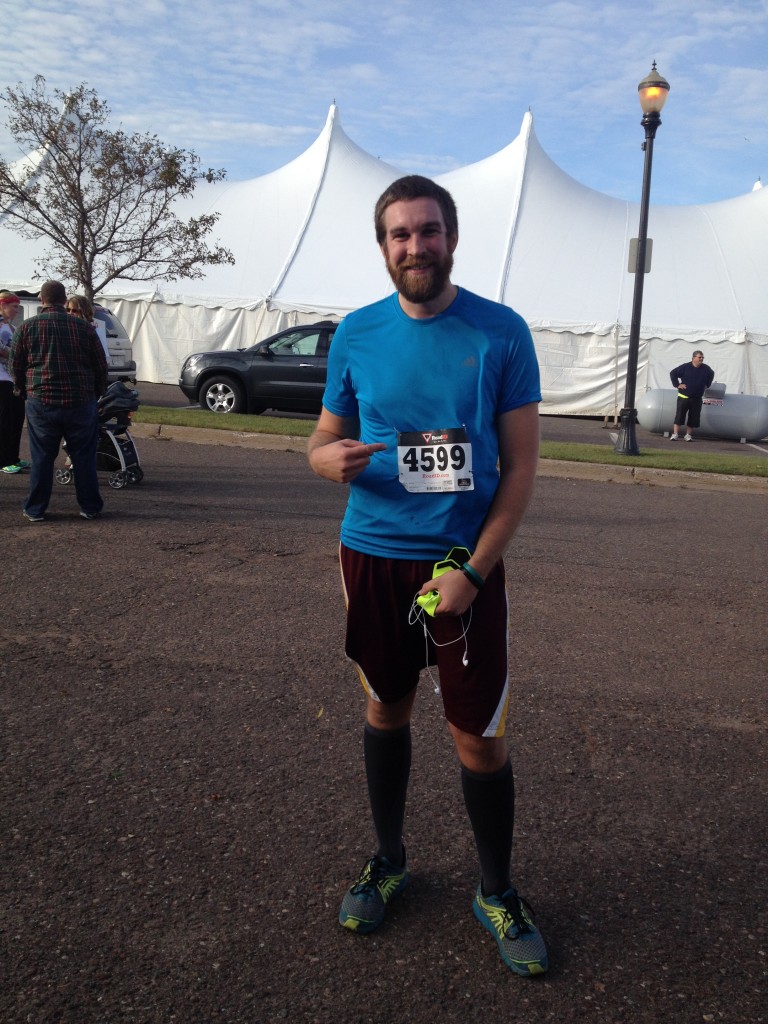